OLM to Entourage Conversion Made Possible Even for Total Beginners!

OLM to Entourage Conversion Made Possible Even for Total Beginners! 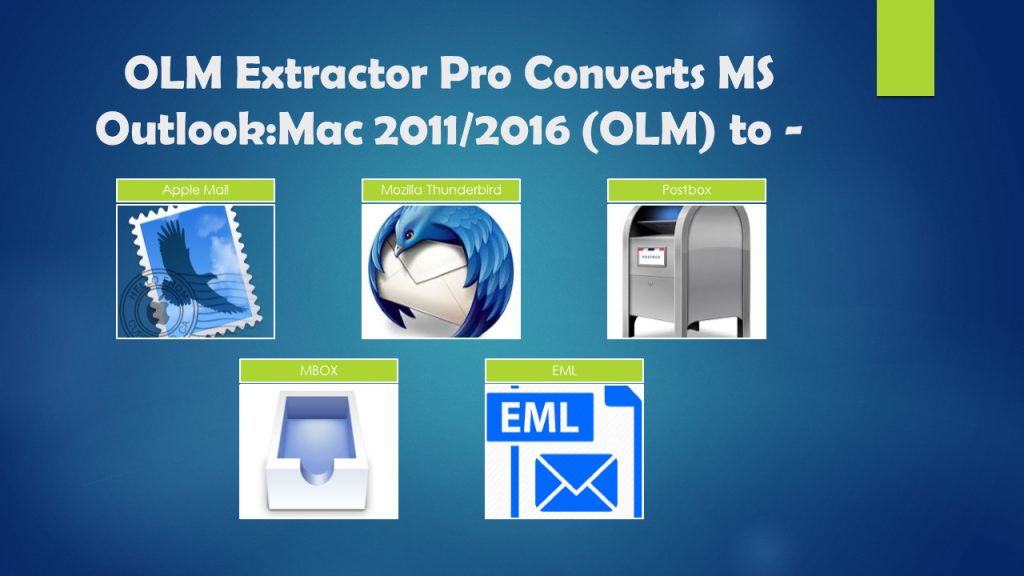 OLM to Entourage migration is often restricted to advanced users because of the hardships involved, and even they feel intimidated by it. No more! If you want to do it effortlessly too, get this solution today!

Most users feel a slight unease when switching their any type of services. Because that involves migration of data of some sort. Email migration is undoubtedly the worst of them. Because the contents an email client can store ranges widely, from metadata to large media and non-media attachments and more.

And when you involve two separate email clients that also span across time, the conversion and migration can become particularly nauseating. One such conversion is the topic of this post – converting OLM to Entourage, where OLM is a data file for Outlook. Which is to say that this task’s objective is to move Outlook data into Entourage.

Now, you may know this already since you are already using Entourage, but Entourage is a predecessor for Mac Outlook. It was one of the first successful public email client for Mac users from Microsoft and was also part of Office suite up until 2008. It was replaced by the Outlook that we know today. This leads to a conclusion that sounds self-evident. Converting data from Outlook data file (OLM) into Entourage that used to be the predecessor of the client shouldn’t be too complex.

But the sad part is that it is. Entourage cannot read OLM file in any form.

How to Convert OLM to Entourage

And that brings you here, how to import OLM to Entourage or how to convert the file so the data can be imported into Entourage.

Don’t worry. Even though a lot of answers put forward by third party developers have been all underwhelming and some even being too inefficient and risky. There is a way to do this without all that risk of data loss, and without going too deep into the technical aspects of OLM to Entourage Conversion.

It’s a utility for Mac OS that can be downloaded as trial version here. (It works on ten items per folder from OLM files but has no feature locked or inaccessible)

“OLM Extractor Pro” gives you the most straightforward version of OLM to Entourage conversion possible. You just load the file, choose the folders to convert, and click “convert”. Once finished, you can import the files into Entourage. You will find no missing elements or any other issues while doing that. The tool separates itself from dozens of other similar ones. Because of its precise framework to get the information translated across very dissimilar formats.

It also has a feature to automatically get all the contacts and calendar information (reminders and events) into VCF and ICS files respectively. More than often, the tools can only convert emails, which would give you an incomplete data that is not worth.

And finally, if there’s a such a tool that offers to convert data in the manner stated above, it would be either too hard to use or too expensive (generally custom-built for corporation needs). But “OLM Extractor Pro” has a smart interface. It brings together the best of designing and gives you a clear-cut approach.

You can check it out and see how easy it is. From downloading to installation to actual use, you will find no problem. The trial version can be downloaded here.